Good afternoon from the cool and damp City of Five Seasons.  As the final hours of March wind down I can’t help but feel a sense of completion.  Completion of the winter, the cold and all of the other things that come along with it.  The short days of low motivation and little to do are losing their grasp and starting to give way to the longer and fuller days of the warmer months.  It’s true that January brings with it a New Year and thus a built in cut-off point with which to restart and alter course.  However, I always feel that April is truly the best time for new beginnings and fresh goals.  It brings with it a renewed motivation that is gained, I believe, from the extended hours of sunlight that brighten the world around us.  The blooming and flowering of plants and trees during this time sets the stage for our own personal growth.  A time to focus not on simply getting through and surviving, but to focus on the opposite instead; cherishing this time of the year and thriving.  So let the longer hours and warmer days ignite and renew that motivation that may have been lost over the winter.  Set goals and create growth not just in your personal life, but in the community and the lives of those around you.  The Summer of 2016 is upon us, and so are all of the opportunities that come with it.  On to the beer… 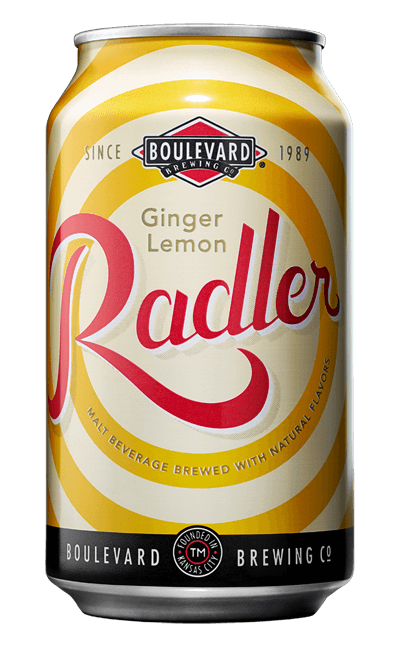 Lets face it, one of the best parts about the summer is that beer becomes increasingly quaffable and refreshing.  Afternoons and evenings can be spent out on a patio, around a fire, at the lake, or really anywhere you want.  Sweltering days turn into sultry nights and both are best taken on with friends, and a beer in hand.  For me, Ginger Lemon Radler from Boulevard Brewing Company is one of the best beers of the summer.  Radlers began their history where many beers did: in Germany.  The story goes that Franz Xaver Kugler, the owner of an inn 12 miles outside of Munich, had a bike path constructed from Munich through the forest to his inn.  One Saturday in June of 1922, upon completion of the bike path, 13,000 riders descended upon Herr Kugler’s bar in what must have been something like RAGBRAI for those of us in Iowa.  Now, this would be a disaster of sorts normally.  A bar running out of beer is not a good look.  Franz used some quick thinking and some slow selling product to save the day though.  In the basement of his inn, Kugler had thousands of bottles of a lemon soda that he could not get rid of to the beer-loving Germans.  To solve his stock issue he created a 50/50 mixture of beer and lemon soda that he called Radlermass (meaning “cyclist’s liter” in English) and saved the day.  It turns out cyclists loved this refreshing, low alcohol drink and the rest is history.

Boulevard has tweaked this original recipe a bit and put their own twist on it.  Starting with a base of their flagship Unfiltered Wheat, they added lemon juice and ginger.  The lemon juice plays well off of the natural citrus character of Unfiltered Wheat and the ginger adds a perfect amount of flavor and spice that helps cut the sweet citrus.  Timed just right to be out in time for what Jeremy Danner has termed “Baseball Christmas” (Opening Day) Ginger Lemon Radler is in cans for the second year in a row now so it can be taken to all of your favorite places, or enjoyed on tap here at Bricks, right next to the bike trail.

April is going to be a month full of events here at Bricks.  It all begins Wednesday, April 6th with the Odell Brewing Iowa Launch where we will be featuring three core beers (90 Schilling, IPA, and Loose Leaf) and one or two limited beers that will be fun.  Reps will be on hand to talk about the beer, the history behind Odell (they began in 1989), and of course to enjoy a couple beers.

The fun continues the next night as we will be welcoming three brewery reps from Founders Brewing Company to celebrate the annual release of Kentucky Breakfast Stout, featured alongside Backwoods Bastard, Mango Magnifico, Mosaic Promise, and as always All-Day IPA.

Perhaps the crowning event of April however is the annual 4/20 party in which Stone Brewing Company takes the spotlight and a few draft lines of course.  This year we’ll be featuring 16 draft lines of core and limited Stone beers including Xocoveza Mocha Stout.  There will be a couple of beers never before seen in Iowa that we’ll announce on Facebook and Twitter in the next couple of weeks, and we’ll feature some great smoked foods to go along with the beers on tap. Cut out of work early that day to stop down to Bricks and start the celebration! 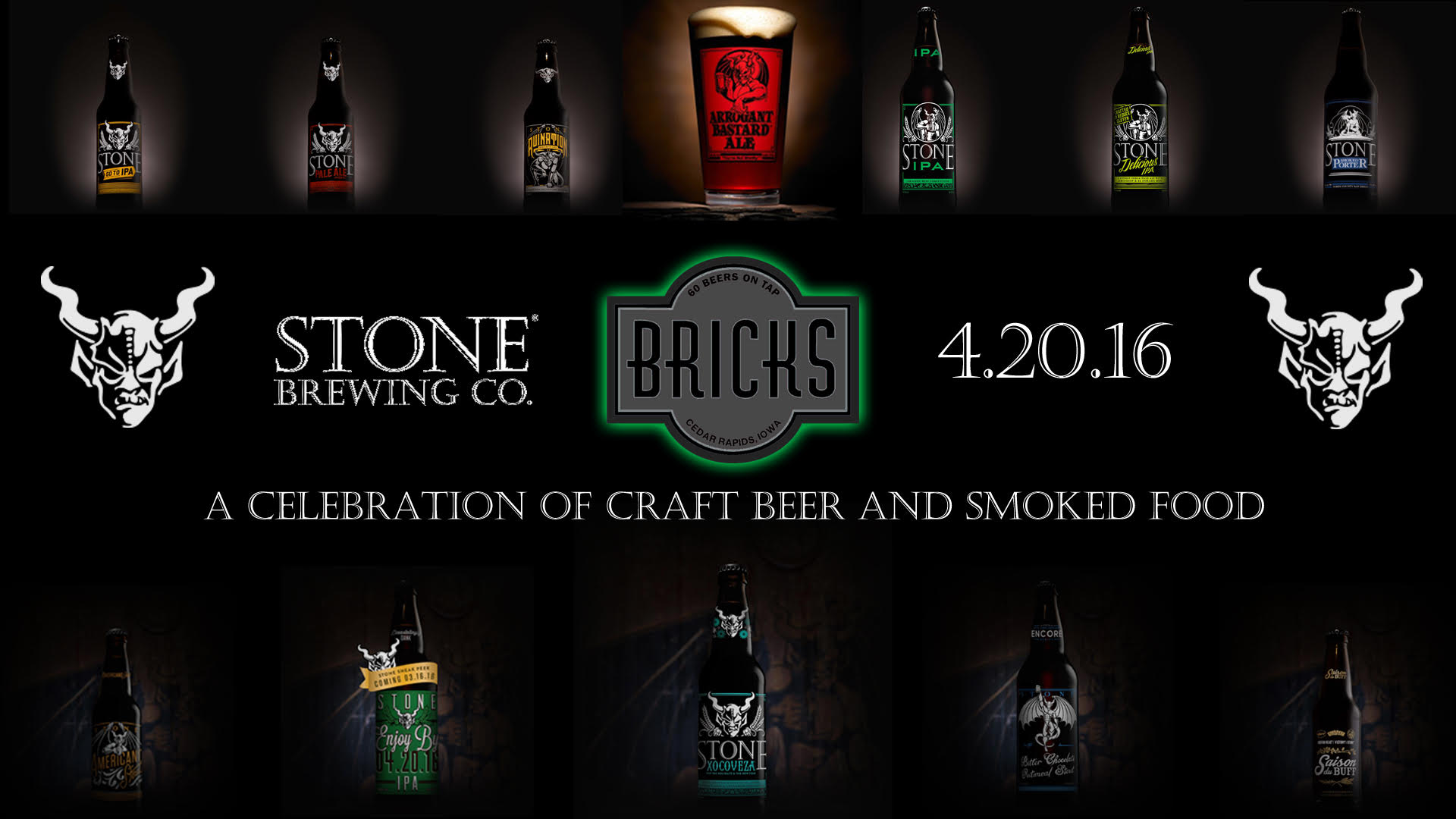 As Summer approaches I turn back to one of my favorite bands.  The psychadelic-latin sound and style of Making Movies, a bilingual band formed in Kansas City, Missouri but with added Panamanian and Mexican roots is truly a unique sound.  Story-telling through song that includes Latin American folklore and driving, off-beat rhythms, Making Movies manages to give a ‘live show’ feel even to their studio tracks.  The song that I always keep coming back to is Cuna de Vida which translates to ‘Cradle of Life’.  This song to me, pairs perfectly with Founders Mango Magnifico con Calor.  Cuna de Vida outlines the sweetness and innocence of youth, combined with the heat and sensuality of passion and young love.  Enrique Chi’s vocals perfectly overlay the forceful percussion and intricate guitar work while Mango Magnifico transitions from the sweet fruit flavor of mango, to the heat and complexity of the habanero pepper finish.  I was lucky enough to see Making Movies live at Boulevardia last year on an afternoon that was nearing 100 degree temperatures.  Their performance ignited the small crowd on the side stage, as people swayed from side to side during slower tempos and bounced up and down on their toes with bobbing heads when tempos picked up.  So if you’ve got a bottle of Mango Magnifico sitting at home, tune up some Making Movies.  Or, stop down to Bricks while we’ve still got it on tap and we can line it up for you on the jukebox.  Perfect to go along with the sweet heat of summertime.  Cheers, everyone.